Yesterday HUD announced when they will be getting rid of the traditional fixed rate reverse mortgage program.  If you are considering a reverse mortgage or know someone who is you have until the end of March 2013 to get started or you will be out of luck. Starting April 1, 2013 all fixed rate loans will be forced to the "saver" program.  The saver program has its benefits, but it has its drawbacks too.  The mandatory 2% government mortgage insurance is gone which will lower the fees, but the trade-off for lower fees is a much lower loan to value.  If you are close to qualifying for the program now chances are you will not qualify after April 1st!  If you do qualify after April, you will not qualify for near as much money.

This move by the FHA is to try to save money and in the short term it will work, but like always the government doesn't think long term, they just think until the next election.  Now in order to qualify many people will be forced to the traditional adjustable rate loan (which as of now is not going away).  Recently this program has not been used much because most seniors want a fixed rate, but if the need is there and it is the only option they will do the ARM.  In the short term when interest rates are low, this won't matter, but the Fed can't keep rates low forever, so when they start going up, the FHA is going to be on the hook for more underwater reverse mortgages than they bargained for.  As a result, all the short term savings will be wiped out by big time losses!

Enough of the rant...the decision has been made by the powers that be and we just have to deal with it.  So, if you or someone you know is considering a reverse mortgage NOW IS THE TIME!  It's best to get started early because March is going to be crazy with all the procrastinators and you don't want to chance not being able to qualify!  Check out our reverse mortgage calculator and see if you are a reverse mortgage candidate today!

To check out the letter from HUD about these changes click here.
Posted by ReverseUtah.com at 9:06 AM 1 comment: 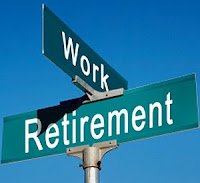 Are you planning to retire?  Ever?  Most of us have great plans to quit working and travel, or move closer to the kids, or just do something worthwhile when we retire.  The problem over the past few years though this goal of retirement seems to be getting farther away for most of us.  Times are tighter and many people who thought they should be retired by now are still working.  So take a look at these 35 retirement statistics and see if you get worried.  If you do and see no hope, there is a great option...hmm I wonder what that could be!


1. Right now, there are somewhere around 40 million senior citizens in the United States. By 2050 that number is projected to skyrocket to 89 million.
2. According to one recent poll, 25 percent of all Americans in the 46 to 64-year-old age bracket have no retirement savings at all.
3. 26 percent of all Americans in the 46 to 64-year-old age bracket have no personal savings whatsoever.
4. One survey that covered all American workers found that 46 percent of them have less than $10,000 saved for retirement.
5. According to a survey conducted by the Employee Benefit Research Institute, "60 percent of American workers said the total value of their savings and investments is less than $25,000".
6. A Pew Research survey found that half of all Baby Boomers say that their household financial situations have deteriorated over the past year.
7. 67 percent of all American workers believe that they "are a little or a lot behind schedule on saving for retirement".
8. Today, one out of every six elderly Americans lives below the federal poverty line.
9. More elderly Americans than ever are finding that they must continue working once they reach their retirement years. Between 1985 and 2010, the percentage of Americans in the 65 to 69-year-old age bracket that were still working increased from 18 percent to 32 percent.
10. Back in 1991, half of all American workers planned to retire before they reached the age of 65. Today, that number has declined to 23 percent.
11. According to one recent survey, 70 percent of all American workers expect to continue working once they are "retired".
12. According to a poll conducted by AARP, 40 percent of all Baby Boomers plan to work "until they drop".
13. A poll conducted by CESI Debt Solutions found that 56 percent of American retirees still had outstanding debts when they retired.
14. Elderly Americans tend to carry much higher balances on their credit cards than younger Americans do. The following is from a recent CNBC article...

15. A study by a law professor at the University of Michigan found that Americans that are 55 years of age or older now account for 20 percent of all bankruptcies in the United States. Back in 2001, they only accounted for 12 percent of all bankruptcies.
16. Between 1991 and 2007 the number of Americans between the ages of 65 and 74 that filed for bankruptcy rose by a staggering 178 percent.
17. What is causing most of these bankruptcies among the elderly? The number one cause is medical bills. According to a report published in The American Journal of Medicine, medical bills are a major factor in more than 60 percent of the personal bankruptcies in the United States. Of those bankruptcies that were caused by medical bills, approximately 75 percent of them involved individuals that actually did have health insurance.
18. In 1945, there were 42 workers for every retiree receiving Social Security benefits. Today, that number has fallen to 2.5 workers, and if you eliminate all government workers, that leaves only 1.6 private sector workers for every retiree receiving Social Security benefits.
19. Millions of elderly Americans these days are finding it very difficult to survive on just a Social Security check. The truth is that most Social Security checks simply are not that large. The following comes directly from the Social Security Administration website...


The average monthly Social Security benefit for a retired worker was about $1,230 at the beginning of 2012. This amount changes monthly based upon the total amount of all benefits paid and the total number of people receiving benefits.

Could you live on about 300 dollars a week?

20. Social Security benefits are not going to stretch as far in future years. The following is from an article on the AARP website...


Social Security benefits won't go as far, either. In 2002, benefits replaced 39 percent of the average retirees salary, and that will decline to 28 percent in 2030, when the youngest boomers reach full retirement age, according to the Center for Retirement Research at Boston College.

21. In the United States today, more than 61 million Americans receive some form of Social Security benefits. By 2035, that number is projected to soar to a whopping 91 million.
22. Overall, the Social Security system is facing a 134 trillion dollar shortfall over the next 75 years.
23. The number of Americans on Medicare is expected to grow from 50.7 million in 2012 to 73.2 million in 2025.
24. Medicare is facing unfunded liabilities of more than 38 trillion dollars over the next 75 years. That comes to approximately $328,404 for each and every household in the United States.
25. Today, only 10 percent of private companies in the U.S. provide guaranteed lifelong pensions for their employees.
26. Verizon's pension plan is underfunded by 3.4 billion dollars.
27. In California, the Orange County Employees Retirement System is estimated to have a 10 billion dollar unfunded pension liability.
28. The state of Illinois has accumulated unfunded pension liabilities of more than 77 billion dollars.
29. Pension consultant Girard Miller told California's Little Hoover Commission that state and local government bodies in the state of California have 325 billion dollars in combined unfunded pension liabilities.
30. According to Northwestern University Professor John Rauh, the latest estimate of the total amount of unfunded pension and health care obligations for retirees that state and local governments across the United States have accumulated is 4.4 trillion dollars.
31. In 2010, 28 percent of all American workers with a 401(k) had taken money out of it at some point.
32. Back in 2004, American workers were taking about 30 billion dollars in early withdrawals out of their 401(k) accounts every single year. Right now, American workers are pulling about 70 billion dollars in early withdrawals out of their 401(k) accounts every single year.
33. Today, 49 percent of all American workers are not covered by an employment-based pension plan at all.
34. According to a recent survey conducted by Americans for Secure Retirement, 88 percent of all Americans are worried about "maintaining a comfortable standard of living in retirement".
35. A study conducted by Boston College's Center for Retirement Research found that American workers are $6.6 trillion short of what they need to retire comfortably.

So are you scared yet?  We all should be.  We are all in a big mess and it is going to hurt really bad in order to clean it up.  So what can we do?  Well if you are 62 and older the reverse mortgage can be a great option to help supplement your retirement.  The reverse mortgage is not for everyone, first you have to qualify for it with enough equity in your home along with being 62 or older, and second there are some people who just don't need it.  If you have questions about it, don't wait!  The FHA is changing the program and will make it even harder to qualify for than it already is.  Take a look at our reverse mortgage calculator and see if you qualify.

Now let me give credit where credit is due.  Michael Snyder from the economic collapse blog posted these 35 statistics on his blog the other day. To view his article click here.
Posted by ReverseUtah.com at 1:20 PM 1 comment: